Western Siberia is the key region and the most suitable platform to study climate and environmental change and to examine applied aspects of such changes and assess their social implications. Climate change is the most prominent in the north and specifically in Siberia where it is more dramatic and has a stronger influence on other ecosystems as compared to Scandinavia or the north of Canada At the same time well-developed infrastructure as compared to the north of Europe or Canada provides for the unique accessibility both for research and field experiments thus making them significantly cheaper than in other northern regions. 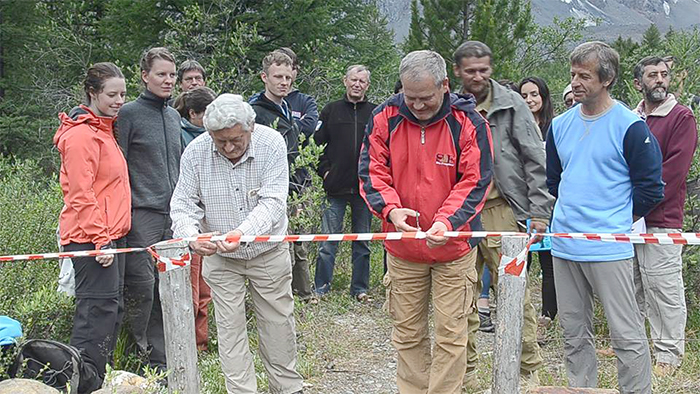 Siberia is a vast, interesting, versatile and very important region. It plays a significant role on a global scale because of potential carbon release that is stored now in swamps, soils and permafrost and its transfer to the atmosphere where it may boost global warming. In this respect, in-depth study of soil, water and atmosphere as a single system is of immediate interest and research in Siberia has particular advantages as compared to other territories because it helps encompass all natural zones at the same time. Swampiness of Western Siberia, which is unique in its size, allows us to view the region as the most suitable for studying greenhouse gas emissions. The project goal is to conduct standard experiments and examination as part of studying interaction between soil, hydrosphere, atmosphere and biota, to create models and complete interactive databases of international networks, consortiums and associations like International Tundra Experiment, Circumpolar Active Layer Monitoring Program (CALM), Sustaining Arctic Observing Networks (SAON), etc. 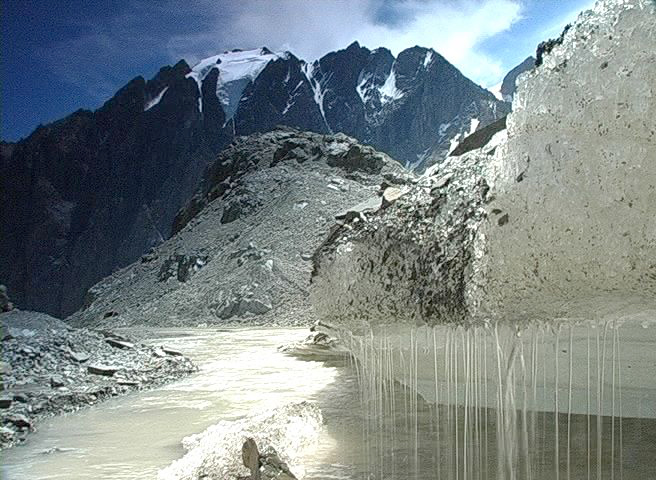 Deglaciation in the Altai Mountains


"This project will reinforce potential of TSU research stations by granting access to them to international scientists. As a result, the scientific community will become aware of Siberia's global importance and will acknowledge (we are pretty sure of that!) the leading role of Tomsk State University in this field of studies. International project team could use the following slogan: from Overcoming Barriers to Global Cooperation in Studying Northern Territories," says Terence Callaghan, Project Manager, Professor at Tomsk State University and the University of Sheffield. When conceiving the project we wondered: what is Siberia – a black hole or the sun that would save the mankind? Is it the land of promise or the catalyst that would trigger irreversible climate change? How could the changes taking place in Siberia influence the population of Bangladesh? Of course, there could be no absolute or final answers, but we could get closer to their understanding soon if we collaborate.

INTERACT-II: International Network for Terrestrial Research and Monitoring in the Arctic EU JPI-Climate Project: Climate impact on the carbon emission and export from Siberian inland waters (SIWA) Biogeochemical cycles of Arctic bog-lake landscapes of Western Siberia as an Indicator of Climate Change on a Global Scale and A Basis for the sustainable nature management of the Region (Bio-Geo-Clim) Man in a Changing World. Identity and Social Adaptation: Past and Present The history of the study and development of Siberia Electronic encyclopedia "Verbal Culture of Siberia" Microbial communities of cryolithozone wetland ecosystems in Western Siberia Human faces Global Challenges of Modernity Mammoth and dinosaur refuges of Siberia as complex geoarchaeological and paleontological objects Siberia Textual Heritage: Goals and Prospects of Scientific Attribution and Discourse Analysis in relation to Traditional Sources of Historical Information Siberia as the Territory of Wanderers: from Ancient Conquerors to Digital Migrants and Nomads Scientific Basis of the Technology of Synthesis and New Class of Addition Alloys Application for Light Weight Alloy Nanocomposite Production and their Further Use in Aerospace and Transport Industry Ultrabasic-basic Magmatism as the Key to Understanding Revolutionary Events in the Earth History and Formation of Unique Mineral Deposits Integration of labour markets and educational services in the areas of long-term forecasting and strategic planning of the Siberian macro-region Pathological Programming of the Immune System by Neuropsychiatric Factors Among Residents of Siberia: the Prospects of Treatment and Prevention of Cancer and Cardiovascular Diseases Islam in Siberia: archaeology, history, modernity The Fundamental Principles of Manufacturing of Steels with a Multi-level Structure for Work in Low Temperature Conditions, on the Basis of Raw Materials Available in the Siberian Region Understanding and Forecasting Trans-Siberian Environmental Changes caused by Climate Change (for the Experimental Areas of Aktru, Kaybasovo, Khanymey) Eco-friendly Resource Production and Raw Materials Processing

Project Report
to be published
and sent to you